On October 31st, 1517, Martin Luther nailed his 95 Theses on the church door, sparking the Reformation movement among Christians. Because this movement was sparked on Halloween, celebrating Reformation Day is a great Halloween alternative for Christians.

Whether you choose to celebrate Halloween or not (or why) is a very personal decision, one you need to make after some deep contemplation with God and learning the origins of Halloween. I'm not here to tell you not to participate in any way. All I'm providing is an idea for a quality Halloween alternative, which could also be used as an additional learning opportunity for you to have fun with as a family.

My family does not celebrate Halloween. As my kids entered mid-elementary ages, it became more and more difficult to overlook what the rest of our neighborhood was doing, sparking many questions, research, and discussions regarding Halloween. My husband and I decided when our son was two years old that we would not participate in it after he endured nightmares and panic attacks seeing the decorations at the store and down some of the roads of our neighborhood. So Halloween (and October in general) has become a time of year when we typically hide out, spend more time at local farms, and focus on gratitude for our God-given garden harvests.

Thankfully, there is more history to the date of October 31st than just Halloween.

What Is the Reformation?

The Protestant Reformation was a European religious movement in the 1500s that fractured Catholicism to create Protestantism.

The Protestant Reformation began on October 31st, 1517, in Wittenberg, Germany. That day, Martin Luther, a teacher and a monk, posted a document called Disputation on the Power of Indulgences, or 95 Theses, directly contradicting the Catholic Church's teachings. The controversial document listed 95 Christianity-focused ideas and invited people to engage in dialogue and debate with him.

His affinity for challenging the Catholic Church came during his time in the monastery, where he translated the Bible into German. Through reading the Word, Luther rediscovered salvation in Christ alone, through faith alone, and by grace alone. His journey inspired more people to translate and read the Gospel truth for the first time in their own language.

Martin Luther's statements directly challenged the validity of the Catholic Church's role as an intermediary between people and God. He specifically called out the indulgence system, which allowed people to purchase a certificate of pardon for the punishment of their sins. Instead of accepting the Church's unethical behavior, he argued against the practice of buying or earning forgiveness (an indulgence system). Instead, he believed that salvation is a gift God gives those who have faith.

Luther's objections to the indulgence system paved the way for additional challenges to European Catholic doctrine. For example, John Calvin in France and Huldrych Zwingli in Switzerland proposed new ideas about the practice of Holy Communion. Another example is when Anabaptists rejected the idea that infants should be baptized in favor of the notion that baptism was reserved for adult Christians.

Instead, Protestants believed you should take personal responsibility for your faith and refer directly to the Bible for spiritual wisdom.

Protestant reform in England gained momentum with Henry VIII in 1534 after the Pope refused to grant him a marriage annulment. Subsequently, King Henry rejected the Pope's authority, instead assuming authority over the Church of England, which became a hybrid of Catholic doctrine and Protestant ideals. Followed by more than a decade of monarch-led ping-ponging between embracing Catholicism, Protestantism, and a hybrid of the two.

Through that time, diversity of religious thought became a core part of the United States Bill of Rights, which explicitly forbids the “establishment of religion, or prohibiting the free exercise thereof.”

Martin Luther Sparked the Reformation With His 95 Statements

Martin Luther sparked the Protestant Reformation by posting his 95 Statements (also known as 95 Theses) to the church door on October 31st, 1517. Through this act, he publically displayed his questioning of the Catholic Church, especially after they began to overlook the unethical behaviors of sinners who paid the priests.

There is no doubt that the concept of paying monetary fees for redemption is unethical and questions the motives and intentions of the Church.

If you haven't read his 95 Theses, I have them listed below (or you can skip ahead to read some ideas on how to celebrate or learn more as a family).

Out of love for the truth and from desire to elucidate it, the Reverend Father Martin Luther, Master of Arts and Sacred Theology, and ordinary lecturer therein at Wittenberg, intends to defend the following statements and to dispute on them in that place. Therefore he asks that those who cannot be present and dispute with him orally shall do so in their absence by letter. In the name of our Lord Jesus Christ, Amen.

Reformation Day Ideas as a Halloween Alternative for Christians

Here are a few ways to make Reformation Day more engaging and not just treat it as a unit study for your history enrichment.

A Mighty Fortress Is Our God, written by Martin Luther. Use this hymn for copywork or sing it together as a family. Allow your kids to take their time, copying one verse at a time. Discuss what each verse means to your family.

Instead of singing, act out Martin Luther posting his 95 Theses to the Wittenburg Church door.

If you need a script, try the one in  A Night of Reformation.

Merge the Reformation With Geography

Trace the route of William Tyndale as he was on the run and translating the Bible into English simultaneously. Discuss how you would feel if you were in Tyndale's position.

Many stories document vital people during the Reformation, their accomplishments, and how they were treated.

The following books are historical fiction and reference books better suited for teens, not elementary students. You may want to skip these if you have young kids, especially if your child is sensitive.

Another great way to celebrate the Reformation is to study or look up a few artists from that era and recreate some of the art.

Write About the Reformation

Spend a week learning how to write in calligraphy, and use your new skill to write out Bible verses. If you need help getting started, Simply Calligraphy: A Beginner's Guide to Elegant Lettering is a great resource.

Listen to The Mystery of History, Volume III. As much as I'm not a huge fan of audiobooks, I will admit it is nice to take a break from reading aloud. Listen to the story of the Reformation as Linda Hobar reads for you to hear the Christian perspective of this time in history.

Watch a Movie About the Reformation

Watch a movie about one of the reformers. Here are a few.

Martin Luther. This older version of Martin Luther's story does a great job of sharing this rich history without portraying Martin Luther or the Catholic Church as saints or villains. It also warns about corruption risks for all churches if they become too self-centered or self-reliant.

God's Outlaw: The Story of William Tyndale is best watched by teenagers (unsuitable for young or sensitive kids). It tells the tale of William Tyndale as he risked everything to translate the Bible and bring it to Englishmen in the countryside, where the Bible and prayers in English were outlawed. His story is a heroic and foundational piece of the English Reformation.

John Hus is a reformer ahead of his time (by about 100 years) that will inspire you as you see him stand for Christ, despite his circumstances. Jon Hus, a Bohemian priest and scholar who lived 100 years before Martin Luther, challenged the Catholic Church by teaching the Gospel in the language of his constituents (instead of Latin), salvation comes by faith in Jesus Christ, and the Word of God is the authority.

Use Martin Luthor's Experience as Inspiration

Challenge your kids to create their own 95 Theses. This is great for kids 10+, or those with a solid understanding and memory of scripture.

Ask your kids to provide the following:

Encourage them to research and cite verses to justify their gripes, just as Martin Luther did.

Complaining just to complain doesn't solve anything. But writing a convincing argument with substance to justify it and producing a solution is much more effective.

Whether their arguments cause a change in your home, Church, or community is up to you as a family. However, this exercise will serve them as they grow into adults and have more capacity to enact change in a manner that glorifies God.

Martin Luthor created his own seal and wrote about it in the following letter. (Example and coloring page link below)

“Grace and peace from the Lord. As you desire to know whether my painted seal, which you sent to me, has hit the mark, I shall answer most amiably and tell you my original thoughts and reason about why my seal is a symbol of my theology. The first should be a black cross in a heart, which retains its natural color, so that I myself would be reminded that faith in the Crucified saves us. ‘For one who believes from the heart will be justified’ (Romans 10:10). Although it is indeed a black cross, which mortifies and which should also cause pain, it leaves the heart in its natural color. It does not corrupt nature, that is, it does not kill but keeps alive. ‘The just shall live by faith’ (Romans 1:17) but by faith in the Crucified. Such a heart should stand in the middle of a white rose, to show that faith gives joy, comfort, and peace. In other words, it places the believer into a white, joyous rose, for this faith does not give peace and joy like the world gives (John 14:27). That is why the rose should be white and not red, for white is the color of the spirits and the angels (cf. Matthew 28:3; John 20:12). Such a rose should stand in a sky-blue field, symbolizing that such joy in spirit and faith is a beginning of the heavenly future joy, which begins already, but is grasped in hope, not yet revealed. And around this field is a golden ring, symbolizing that such blessedness in Heaven lasts forever and has no end. Such blessedness is exquisite, beyond all joy and goods, just as gold is the most valuable, most precious and best metal. This is my compendium theoligae [summary of theology]. I have wanted to show it to you in good friendship, hoping for your appreciation. May Christ, our beloved Lord, be with your spirit until the life hereafter. Amen.” 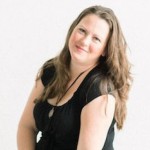